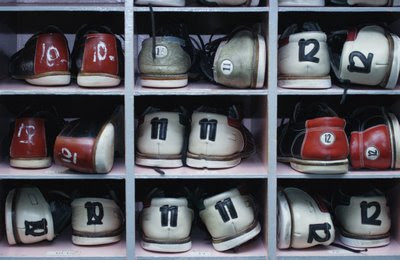 My brother asked for dress shoes for Christmas but since it's hard to buy shoes for someone unless they pick them out we gave him some money. But I wanted a fun way to give it to him that also let him know what it was for. So I downloaded the ClipArt picture above and printed it on 2 sheets of 4x6 photo paper. I attached the two pictures back to back with staples to make a pocket and put some money inside with a note that said "think outside the box." I meant to imply that while this was not for bowling shoes (of course) it was for shoes. He didn't get it though and I had to explain it. I guess my clues aren't that good :).
Posted by Amy at 4:07 PM