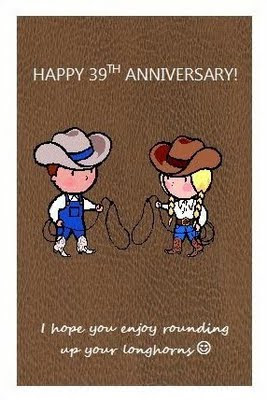 My parents just had their very happy 39th anniversary and I made them this card. Not because there is anything western about them but because all of us (their children) were giving them money to go to one of their favorite restaurants, Longhorn Steakhouse. Probably corny I know but I thought it was so cute. 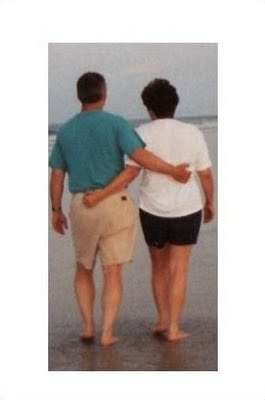 And of course this is them from behind also which made up the back of my card. Don't they look so nice together? (I do want to note though that my mom is much thinner today than when this picture was taken).
Posted by Amy at 4:00 PM